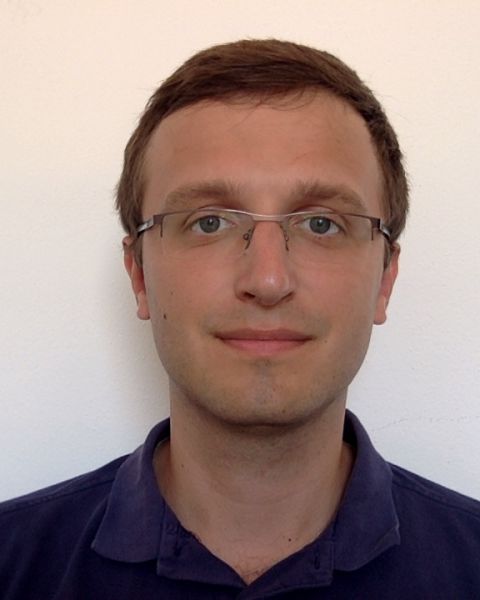 I study strongly-fluctuating condensed matter. I am particularly interested in systems, where fluctuations give rise to new and exotic phases. Examples include quantum spin liquids (QSL), many-body localised states (MBL) and the Kondo insulator. In QSLs, strong fluctuations induced by local constraints prevent magnetic moments from ordering down to absolute zero. A particularly exciting example is quantum spin ice (see picture on the left), a purported state of matter in some rare-Earth pyrochlores. It is described by a lattice version of Maxwell's theory of light and harbours topological excitations such as magnetic monopoles and fictitious electric charges. Other strongly-fluctuating systems which I have studied include ultracold polar molecules subject to strong disorder, which localises the interacting excitations of the sytem (many-body localisation) and stops it from thermalising. More recently, I have been looking at how fluctuations of magnetic moments induced by scattering with conduction electrons (Kondo effect) allow the moments to align along the hard-axis, i.e. against the forces from the crystal (see below).

Please contact me for further details or with your own suggestions.

Fluctuations can allow the seemingly impossible to happen. Nature abounds with examples of such phenomena. A prominent and commonplace example is the pendulum, which remains stable in the inverted position if the support is ever so slightly fluctuating. A more esoteric instance is the attraction of two metal plates in totally empty space because of the omnipresent and small quantum fluctuations of electromagnetic fields. A theme that emerges from the above is the subtle, all too-easily-missed role of fluctuations, with profound and counterintuitive consequences.

Fluctuations have a huge influence on the state of matter. They can even become infinitely strong if the external conditions are just right. Such conditions are known as quantum critical points and describe an amazing fractal state where infinite fluctuations give birth to novel forms of matter. This is why quantum critical points are the matter analogue of stem cells. These new forms of matter include novel and unusual superconductors. Much research has been devoted to superconductivity, in particular since the discovery of high-temperature superconductors in the 1980s. The quest for a room temperature superconductor is spurred by the huge technological advances that would follow such as lossless conduction of electricity or magnetically levitating trains. It is therefore no wonder that much effort has been put into searching for novel superconductors in the vicinity of quantum critical points in the hope that these would be robust against higher temperatures.

The places to look for new Physics are therefore those where fluctuations are strong. Particularly perplexing is the recent discovery of exotic magnetism in at least 12 very different compounds. The materials contain little magnets that can align with each other. The direction of this alignment suddenly flips just when the material is about to become magnetic at low temperatures. My research tries to figure out what can be responsible for this sudden re-orientation of the little magnets.

Even though the compounds are all different they all have large magnetic fluctuations and some even have quantum critical points. The fluctuations are of a particular origin and are caused by electrons that conduct electricity and which collide with the little magnets. This is why their effect also shows up in the highly unusual reduction of the material’s resistance to electric current when it is heated up. My research tries to understand how these fluctuations can cause a sudden flip in the alignment of the little magnets.

Amazingly, so far it appears that these fluctuations allow the little magnets to line up against the forces coming from the material’s crystal structure. This is a bit like a fluctuating pendulum lining up against gravity. Even more amazingly, conduction electrons and little magnets become entangled and they can be in more than one state at the same time, like Schrodinger’s cat which is simultaneously dead and alive. On top of this, what each one actually does, depends on the state of the other. Such entanglement is also behind the infinite fluctuations of quantum critical points, so there is an exciting prospect for my research to explore how the fluctuations that flip alignment of the little magnets can give rise to new and exotic forms of matter such as superconductivity.