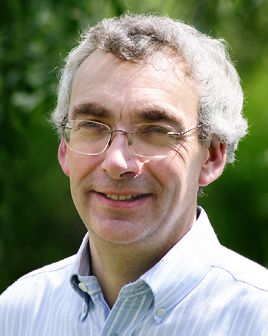 I have worked in the field of first principles quantum mechanical total energy calculations since 1985. I am the author of the total energy pseudopotential code, CASTEP (Cambridge Sequential Total Energy Package) the first such code that was accessible to non-experts and the first code to be commercialised. I am responsible for many of the technical developments of the methodology that led to the widespread adoption of density functional theory calculations based on the total energy pseudopotential technique. The remarkable impact of density functional theory is beautifully illustrated by the statistics in the figure on the right, which shows the number of publications per year based on this methodology.

More recently, I have been involved in the development of a range of other quantum mechanical methods, all of which are designed to retain the predictive capability and ease of use that has underpinned the success of CASTEP and which, I believe, will be critical ingredients in a predictive, black box multiscale modelling scheme. These methods are:

I am also the Director of the EPSRC Centre for Doctoral Training in Computational Methods for Materials Science and the Chairman of the Cambridge High Performance Computing Service which has become a pioneer and innovator in many aspects of high performance computing and data.