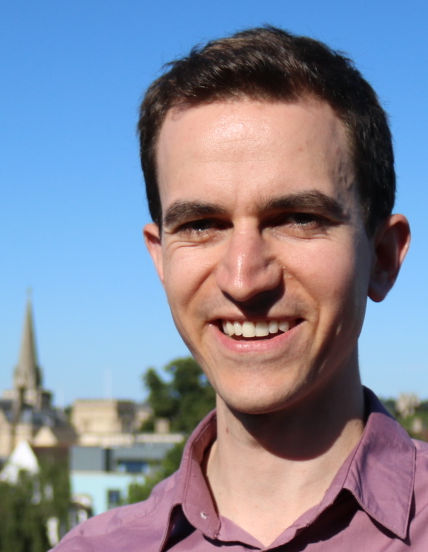 In general, the complexity of wave functions of many quantum particles grows exponentially with the particle number. However, due to the locality of interactions found in nature, quantum many-body systems do not fully occupy the exponentially large Hilbert space they have access to but are instead constrained to a polynomially large submanifold. For ground states of gapped local Hamiltonians, tensor network states (TNS) have been shown to efficiently approximate this submanifold. As a result, TNS have emerged as the most powerful description of one-dimensional lattice systems and have also provided qualitatively new insights into some two-dimensional lattice problems. I use TNS both analytically and numerically to describe intriguing quantum many-body effects, such as many-body localisation and the anomalous quantum Hall effect. I have also applied TNS to Lattice Gauge Theories at finite fermionic density in two dimensions.

The laws of quantum mechanics are entirely different from those of everyday life physics: for instance, one elementary particle is able to travel through two slits in a wall at the same time. In our real-world experience, we do not see such phenomena, as quantum mechanical effects tend to get washed out at the macroscopic scale. However, there are some materials where quantum effects are macroscopically manifested - leading to very unusual properties. One example is superconductivity, where certain materials conduct electricity perfectly, i.e. without any heat loss.

Mathematically, the quantum mechanical description of systems of many particles (such as atoms and electrons in a material) is extremely hard. For only very few particles it is typically already so difficult that even the most powerful computers cannot solve the corresponding equations. I work on a computational method, tensor network states (TNS), which solves those equations for systems of many particles approximately but with extremely high accuracy. I use TNS to tackle macroscopic quantum effects, such as many-body localisation (perfect heat insulation) and the quantum Hall effect (quantised electrical resistance).