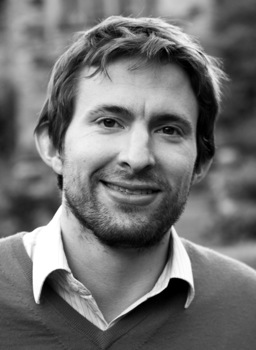 My main research interests lie on the interface of theoretical physics, biology, mathematics and computer science. I am particularly interested in using algorithmic descriptions of structures and functional systems in order to quantify and classify their complexity. Examples of the application of such approaches include pattern detection in gene expression data, the classification of protein quaternary structure and the identification of large-scale features in complex networks (see Figure). Connected to this I also have an interest in interdiscliplinary applications of network analysis, particularly in digital humanities.

Biology is incredibly complex, from the level of ecosystems all the way down to the level of molecules. My research tries to shed light on some of this complexity from a physicist's perspective, by applying two different tools. These are 'algorithmic information theory' and 'network analysis'. To understand the first, consider some data that a scientist has generated. Algorithmic information theory asks: "What is the shortest computer program that could output this data?" The length of such a program is one way of measuring the data's complexity. This concept can be used to compare and classify complex biological data, and to search for patterns in it. We can also use it to answer questions such as "How does complexity increase in biological evolution?". My second tool is network analysis. Interest in this area has grown rapidly over the past fifteen years because of the abundance of network data that now surrounds us (the Internet, Facebook, mobile phone networks, transport networks, power grids, neural networks, gene networks, etc.). I'm interested in identifying large-scale structures in networks (both biological and non-biological), as well as extending the reach of network analysis by applying it to history, public health, and food science.