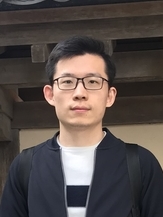 My research interests lie primarily in accurate force predictions. I spent the first two years of my undergraduate studies doing experiments, before moving to first-principle calculations in the hope to predict the large scale behaviour from the simple small scale laws. Although the mean-field theory used in density functional theory (DFT) is exact in principle, the exchange-correlation energy functional has to be approximated and is not universally accurate. Now I am turning to the full many-electron Schrödinger equation which is believed to be capable of predicting and describing almost everything in everyday life. The leading approach to solve this equation is by Quantum Monte Carlo (QMC) and it could give very accurate ground state calculations.

We will exploit techniques that allow interatomic forces and force constants to be calculated within QMC. This will be used to perform accurate studies of the consequences of atomic motion in real-life materials. The case studies include van der Waals interaction, bond breaking in experimentally relevant systems, and phonons in high temperature superconductors. This should not only provide physical insights but also open new avenues in material design.