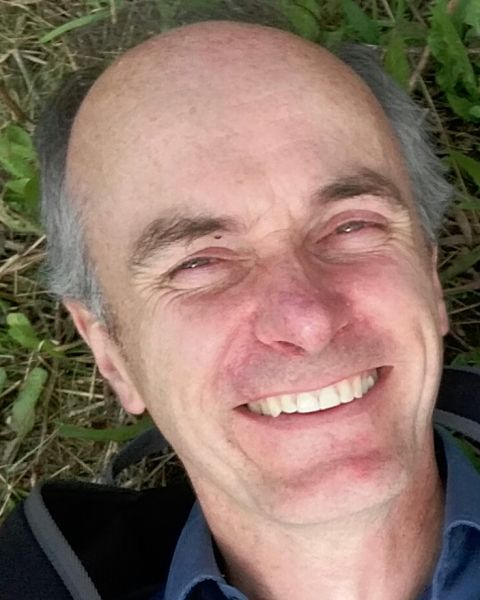 I am a visitor in the TCM Group, and am also affiliated with the Winton Programme for the Physics of Sustainability. I worked at the Cavendish Laboratory from 1992 to 2013, initially as a Royal Society Smithson Research Fellow based in the Astrophysics group, then as a member of the teaching staff; from 2003 to 2013 I was Professor of Natural Philosophy. In 2013 moved to the Engineering Department where I am Regius Professor of Engineering.

My research interests span a wide range of areas in science and engineering. During my PhD (at Caltech, 1988-1991) I worked on Bayesian methods for neural networks and other machine learning methods, and on computational neuroscience (for example, simple models of neural development).

Back in Cambridge, my interest in reliable computation with unreliable hardware took a new direction: a conversation with Ross Anderson about a cryptanalysis problem led me to think about the decoding of error-correcting codes, and the design of error-correcting codes that could be decoded with simple distributed brain-like algorithms. In a collaboration with Radford Neal at the University of Toronto, I rediscovered and generalized "low-density parity-check codes", which had first been invented by Bob Gallager at MIT in the 1960s. Radford and I established that these codes had very-near state-of-the-art performance, and required much less computational power to decode them than the state-of-the-art error-correcting codes that were deployed on JPL's Galileo spacecraft. I thus stumbled into a wonderful gold-mine of exciting results that have revolutionised communication theory in the last ten years.

Around this time, a conversation with Mike Lewicki in the bus at the Neural Information Processing Conference prompted me to think hard about how information theory could be used to enhance human-computer communication or computer-assisted human-to-human communication, especially for people with disabilities. The field of assistive technology was dominated by a small number of assumptions and metaphors, for example, that "writing" must mean pushing buttons on a keyboard. I invented a new navigation-based metaphor, stealing from the state of the art method for data compression (artihmetic coding), and turning it on its head to create an information-efficient writing system, in which the user's gestures control steering instead of button-pressing. The resulting software application, Dasher, can be driven in many ways - by mouse, by a small number of buttons, by tilt, by breath, by head-tracker, or by gaze alone. Dasher holds the speed record for gaze-based writing, and what's more, it's quick to learn, fun to use, and free. I also invented nomon with Tamara Broderick, which is a single-button communication system which replaces the standard assumption that the button must be used to drive hard decisions to control a 'scanning keyboard' by an information-theory-based approach in which the timings of button presses are permitted to be noisy, and each press contributes soft information to an efficient decision-making process. We demonstrated that nomon was faster and more reliable than the standard scanning keyboard.

I wrote up the connections between information theory, machine learning, communication, evolution, and sex, in an idiosyncratic but best-selling textbook, "Information Theory, Inference, and Learning Algorithms" (CUP 2003), which is available through the usual channels on paper, and is also free online on my website.

Around 2004 I became exasperated by the poor public discussion of national and international energy options (for example, the BBC and others encouraging everyone to switch off phone chargers in order to save the planet, and the greenwash that was being promulgated by many companies and politicians). I decided that a simple book of back-of-envelope physics calculations was needed, and I wrote Sustainable Energy – without the hot air and published it at the end of 2008, including a free pdf available online. To my delight, the book became a best-seller and seems to have helped improve the public debate.

From 2009 to 2014, I was seconded from the University to serve the UK government as Chief Scientific Advisor to the Department of Energy and Climate Change.

My current reserch interests include the design of error-correcting codes for reliably archiving data over very long timescales (for example in DNA strands), and the development of software tools to help analysts in decision-making organizations (such as governments) to do better analysis and to help decision-makers make better decisions, especially where their decisions involve multiple conflicting objectives, and are based on uncertain assumptions.