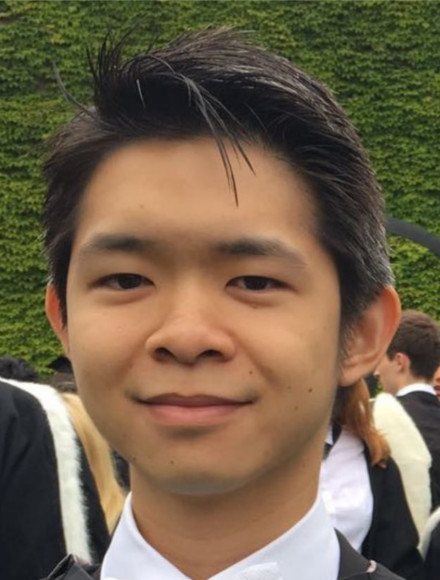 I am interested in how interactions and quantum correlations between many electrons or other types of particles give rise to phenomena that cannot be predicted from analysis of only a few of them, or analysing them without these interactions. A well known example is BCS superconductivity, which arises when an effective attractive interaction of arbitrary strength exists between electrons, and the electron gas itself is not spin-polarized.

Other theories have arisen attempting to explain how superconductivity can exist in spin-polarized systems, such as FFLO theory or spin-triplet superconductivity. Recent work by others in this group have raised the question of whether higher order correlations might exist between either groups of three or more electrons, or of Cooper pairs spread out among many orbitals, and the implications these might have on the potential superconductivity of spin-polarized materials. My current work deals specifically with computer simulations of such spin-polarised systems to supplement existing analytical work on the subject.

Systems made up of large numbers of particles often behave in interesting and unexpected ways. For example, electrons in superconductors appear attracted to each other, instead of repelled as would normally be expected. This attraction usually requires that the electrons involved be of opposite spin, and it's well known what happens when this is the case, and when there is an equal number of electrons of the two different spins. However, the situation isn't as clear when there's more of one type than the other. The subject of my current research is to use computer simulations of such spin-imbalanced systems to supplement existing theoretical work.