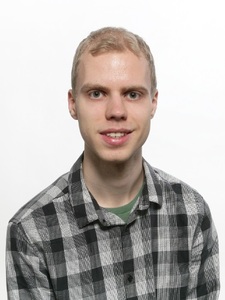 Universal topological quantum computing is a primary motivation for many theorists in the field of quantum Hall physics. Fractional quantum Hall states have the capacity to support non-Abelian anyons, which may be braided to manipulate topologically-protected quantum information. Furthermore, a generalisation of fractional quantum Hall physics to lattice-based systems, in so-called ``fractional Chern insulators'', holds the key to generating these topologically-protected states without the need for large external magnetic fields or ultra-cold operating temperatures. My research broadly encompasses the stability of these topological quantum states. The objective is to discern which states are the most stable and hence, the most favourable candidates for quantum information processing.

The project initially studies the stability of states in Harper-Hofstadter fractional Chern insulators with higher Chern number. These states are not continuously connected to conventional fractional quantum Hall states, are highly tunable, and have also recently been realised in experiments; which motivates the research. Following from this, we aim to analyse the adiabatic connection between the Harper-Hofstadter model and other fractional Chern insulator lattice models, and additionally examine short- and long-range hopping. The long-term aims are to study: the lattice model generalisations of projected trial wavefunctions in composite fermion theory; the phenomenology of branch-cuts in higher Chern number Kapit-Mueller models; and the microscopic chiral wavefunctions for 2D projected entangled pair states, using tensor network algorithms.

Confine electrons to a two-dimensional sample, allow an electric current to flow, and apply a perpendicular magnetic field. Performing these three steps, under a variety conditions, has lead to the rich and unprecedented physics of the quantum Hall effect. What started out as a deceptively simple science experiment from the late 19th century, has since exploded into a entirely new area of research, responsible for three Nobel prizes and numerous currently unsolved problems in physics. Furthermore, it is believed that quantum Hall physics may hold the key to ushering in the quantum computing revolution.

In quantum computing, information is stored using quantum states. However, currently, most experimental efforts are severely limited by the instability of these states, and the extreme conditions that are required to produce them (such as really cold temperatures and strong magnetic fields). In my research, the stability of these states is studied in newly-discovered systems, which could work in standard room conditions. Furthermore, the states under consideration are topological, meaning that they are unaffected by continuous changes in shape or size, which makes them stable too. The aim is to find out which quantum states are the most stable and hence, which states could potentially be used for quantum computing in the future.