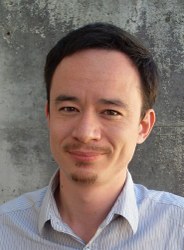 We use a variety of analytical and numerical techniques to study dissipative quantum dynamics, both as a fundamental topic in its own right and in application across a wide variety of physical, chemical and biological systems (see publications). Standard methods employed for 'simple' or large systems include; molecular dynamics, Redfield theory, generalised master equations, polaron transforms and multi-site FRET kinetics... However, we are especially interested in open system dynamics in the presence of strong interactions, structured environment responses and long memory (non-Markovian) effects, which require fundamentally new approaches. To take into account both system and environment on a equal footing, we employ many-body simulation techniques and are particularly focused on developing variational matrix product state methods and their analogues in time-dependent density matrix renormalisation group theory. Access to the entire evolving state of the system and environment also provides detailed, mechanistic insight into the new phenomena which appear when strong back-action and non-equilibirum bath dynamics mix dissipative and coherent processes.

A significant theme of our research is how ultrafast processes, such as excitonic energy transfer and primary charge separation, may be influenced by quantum effects such as electronic delocalisation and vibronic coherence when molecular chromophores are spatially ordered by surrounding superstructures. The pigment-protein complexes of photosynthetic organisms provide many striking examples of nm chromophore co-ordination, and increasing experimental evidence for sustained quantum coherence during the light harvesting reactions is emerging. The question of whether or not these coherent effects are of biological relevance is hotly debated and the subject of interdisciplinary investigation. To study how the many distinct degrees of freedom in pigment-protein complexes might be co-ordinated (in both time and space) to acheive optimised functionality, we employ a multiscale approach that spans atomistic, ab initio determination of electronic excited states to coarse-grained conformational dynamics of entire multi-domain proteins. Along with our open system tools, these methods are also readily applicable to organic molecular materials, and we also explore transient coherent effects in photovoltaic devices and the entangled states that enable processes such as singlet fission. The excited state evolution and photoisomerisation of dye molecules on substrates such as DNA and plasmonic nanoparticles is also a topic of interest. These interests have helped create very fruitful experimental collaborations across the Cavendish, most notably with the Optoelectronics Group and Biological and Soft Systems Group.

Many of the systems we study undergo dynamical processes in the fs-ps range. Their observation requires ultrafast optical techniques and we develop methods to predict spectra for a range of experimental protocols, mostly focusing on 2D Optic Fourier Transform Spectroscopy and other nonlinear probes. Alongside this, we are also interested in data analysis and time-frequency representations of multi-dimensional data using wavelet and related decompositions.

Just as friction dissipates mechanical energy into useless heat, quantum phenomena arising from the wave-like nature of matter may also die out when quantum systems interact uncontrollably with their surrounding environments. This situation is inevitable in all real experiments and the transition to essentially classical behaviour can occur on ultrafast timescales, less than tens of femtoseconds in some molecular systems at room temperature. My work looks at the theory of how quantum mechanical effects evolve in the presence of such interactions, what their eventual fates might be and what might be done in the lab to protect fragile, non-classical properties such as entanglement or coherence from degradation. Preventing the 'decoherence' of quantum states is an important practical problem for attempts to harness quantum effects for new technologies, such as quantum computation, though a surprising set of recent experimental results suggest that some biological molecules are able to do this rather well. How and to what purpose biological complexes are able to acheive this is a major theme of our research, as is the exploitation of bio-inspired quantum effects for sustainable technologies, like clean solar energy.